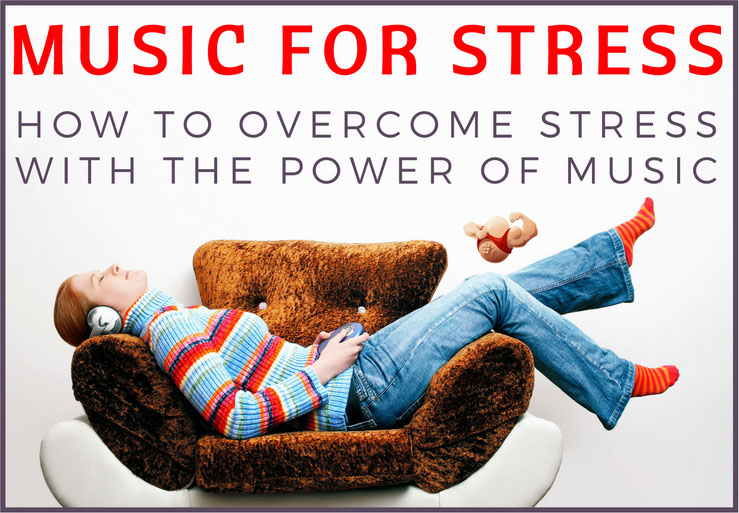 Humans have been in love with music throughout history. The oldest recorded musical instrument is 40,000 years old[1], from back when Europe was inhabited by Neanderthals. Some researchers claim that creating musical instruments helped our early caveman ancestors to bond and create social ties. Ever since then, cultures from all over the globe throughout history have been developing music in a range of styles and genres.

Music is so significant in our lives, yet is often taken for granted. It’s not hard to find music nowadays; there’s no need to craft your own wooden flute to take part. Many of us listen to music on a daily basis and claim to feel calmed by it – but how does music really affect our levels of stress? 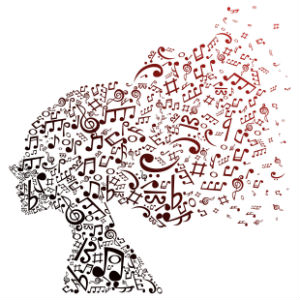 An entire psychiatric school is dedicated to the healing power of music. Music therapy was first officially acknowledged after World War II. Volunteers offered to visit veterans in hospitals to try and lift their spirits – and lift their spirits it did. Eventually, doctors started requesting musicians on a regular basis to help to soothe the veterans’ mindsets. However, dissertations that lauded the benefits of therapeutic nature of music appeared for the very first time much earlier in the 18th century.[2]

In modern times, music therapy is becoming more and more popular with medical professionals to treat all kinds of disorders. Therapists are using music to help more and more ailments and disorders[3], including learning disabilities, Alzheimer’s disease and even for physical pain[4]. Of course, music therapy is often commonly used to help treat stress with promising results.[5]

A study by Suzanne Hanser[6] showed that passive music listening improved the moods of people suffering from depression – participants reported that after eight weeks following a music listening program, their anxiety had been lifted and their self-esteem had been enhanced. Women in labor also reported that their levels of relaxation increased between contractions when they had calming music to focus on.

It’s not just passive listening that helps reduce stress – cancer patients participating in music sessions and composing music in Hanser’s study reported feeling energized and relaxed and said that creating music helped them to deal with the pain of their condition. 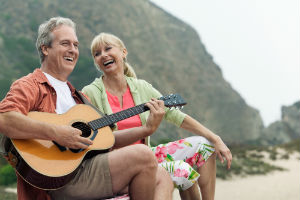 How We Feel Music

Music as a stimulus works differently to others – we see visual stimuli immediately, as with all other senses, but music uses rhythm, build-up and time in its structure to create a sense of the unknown. It triggers the motivation and reward structures in the brain[7], unlike other stimuli. So, when a song flows in a way that we would expect or like it to, it feels pleasurable to us.

Several scientific studies have been carried out which prove that music does induce emotional and psychological responses in humans. Generally, listening to ‘happy music’ makes happy things seem happier and the same goes for ‘sad music’; music can influence a wider range of stimuli than just the ears.[8]

A study on audio-visual advertisements showed this. Groups of participants were shown adverts with or without music added, and the music sometimes made significant changes to how they felt about what they were being shown. In one case, a group felt proud and inspired by a cancer treatment facility’s advert when no music was played, but a second group felt cynical and contemptuous when music was added.[9]

It has been noted that the kind of responses to musical stimuli may vary – not everyone feels intelligent when listening to classical music and not everyone feels angry when listening to heavy metal, as one might expect.[10]A music therapist would go through their client’s personal preferences and evaluate their feelings about different genres to best lay out their music plan. 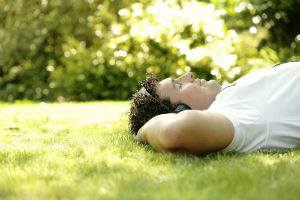 All this information goes to show that our brains respond quite strongly to music – it’s been wired into our systems since we slept in caves. So if logic follows, relaxing music can be an excellent tool for, well, relaxing.

A study showed that participants who listened to relaxing music after a stressful event recovered from the stress quicker than those who had nothing to listen to.[11] Their high levels of cortisol, the stress hormone, faded much quicker than one would usually expect with the aid of relaxing music.

However, music by itself won’t do the full job; to get the full calming effect from music, concentration has to be applied to the song that’s playing. Playing a slightly chilled out pop song whilst driving won’t trigger the same amount of emotional response as sitting down in a room with no distractions and truly listening to a piece.[12]

Taking time out from stress is effective in itself for bringing about a calming atmosphere, but including relaxing music on top of that is even more effective in pulling away from real life stresses than other stimuli, according to Daniel Levitin, PhD.[13]

As with active music therapy, it’s not just listening to music that reduces the stress response. Letting the creative side take over and having a go at creating your own music is an excellent way to calm down and chill out.[14] That doesn’t mean making masterpieces, it just means taking five or ten minutes out to give your mind a chance to have fun with music. 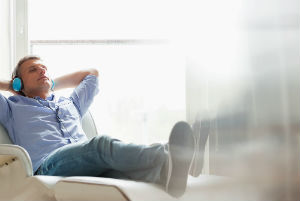 Please, Do Try This at Home

With experts and statistics seeming to prove the effectiveness of music for reducing stress and bad feelings, it seems clear that music could be a wonderful solution to try at home for those suffering from stress. If it worked for cavemen, surely it’ll work for us.