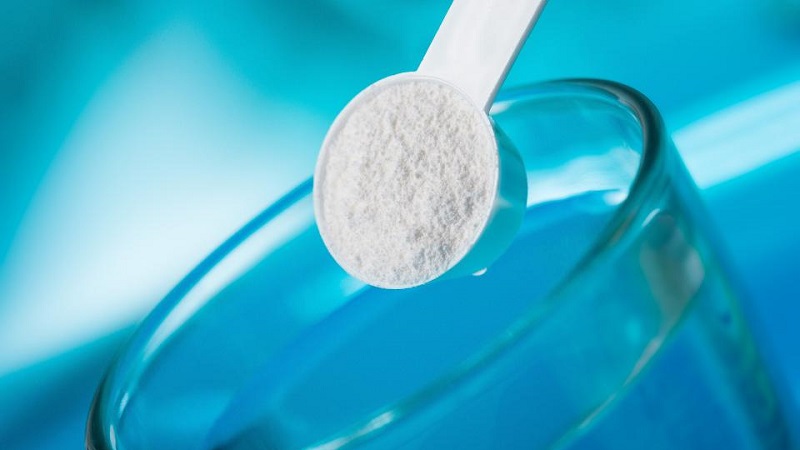 ​Beta Alanine has played a prominent  role in the world of fitness for some time and remained a feature of pre workout supplements, along with creatine and l-citrulline.  It is known for its beneficial effects on endurance, strength and recovery.

I first came across beta alanine while researching another article and it's ability to help you train above your lactic threshold was what intrigued me to experiment.

So how did my experiment go?  Let's first have a look at what beta alanine is and what it can do for you, then end with how I got on.

What is Beta Alanine?

​Table of Contents
What is Beta Alanine?
How Does It Work?
​The Benefits to Runners
Other Benefits for Runners
Health Benefits
Dosage and How To Take It
Side Effects
​My 90 Day Trial Taking Beta Alanine As A Runner
Conclusion

Beta alanine is a non essential amino acid, which means the body can product it itself and we don't have to get it from food.

Unlike most of the amino acids we need, it isn't used to synthesize proteins. Instead, beta alanine with the help of histidine, produces carnosine which gets stored in your muscles.

Carnosine reduces the accumulation of lactic acid in your muscles during exercise and as a result you are able to train for longer with less fatigue.  You gain an improvement in your exercise performance.

How Does It Work?

Histidine levels tend to be high in your muscles, while beta alanine tends to be at much lower levels.  As a result the amount of carnosine that you are able to produce is limited (1).

Carnosine is important because it plays a key role in your lactate threshold.  During exercise lactate is produced.  Your muscles break down glucose into lactis acid which is then converted into lactate.  As a result your muscles become more acidic and you will start feeling fatigue.

I am sure, as a runner, you have felt this way too quickly particularly when you have started an interval session too fast.  You do the first rep at a ridiculous pace, then crash and burn as each rep passes.  That's lactate that's built up much more quickly than you would like because you couldn't go out and a reasonable pace to keep things consistent over the session!

Anyway, carnosine acts as a buffer against the lactate building up.  It reduces the acidity of the muscles. With more carnosine present, you are able to fight of fatigue for longer, increasing your endurance and ability to maintain a certain pace.

When you supplement beta alanine ,it can take 4-8 weeks to see a significant increase in carnosine levels and get the real benefits from it.  As a runner though this is a small price to pay, to essentially have the power to work above your lactate threshold for longer and get faster!

​The Benefits to Runners

Quite a few studies have shown that beta alanine can help increase the time to exhaustion.  You can exercise for longer periods at a time (3), which can be handy if you struggle with intervals and getting enough done in a session.

It is specifically good for shorter duration exercise - so yet again, the perfect thing to whip out for intervals.  High intensity short bursts of energy.

One study showed that using beta alanine for 6 weeks, increased time to exchaustion significantly when it came to high intensity interval training (4).

What was interesting about the improvement, was the positive effect beta alanine had on the second half of the distance.  This isn't surprising because beta alanine works as a buffer for lactate.

Works for Women Too

Most supplements in general are recommended to men and most studies are also done on men.  However one study showed that beta alanine is effective for women too.  22 woman were randomly assigned to a placebo or beta alanine group for 28 days. Before supplementing they performed a stationary bike test to exhaustion. They also did this after 28 days of taking the supplement.  Dr Jeff's team at the University of Oklahoma found that beta alanine may delay the onset of fatigue and increase the time to exhaustion in women (5).

Other Benefits for Runners

As well as helping you last longer and shave some time off your running performance; beta alanine has other benefits for runners too.

There is evidence to show that beta alanine may benefit body composition.  One study showed that supplement for just 3 weeks increased lean muscle mass (7).

Another study showed that 32 females decreased their body fat while increasing lean muscle mass after supplementing with beta alanine for 4 weeks (8).

Of course this could be down to the fact beta alanine lets you train for longer and more often but its still pretty awesome.

As an endurance runner being lean can be beneficially to increasing speed.  It's also something I don't let worry me too much because getting enough fuel in has always been more important for my ability to train than my body composition.  However, if beta alanine can help with this that is great.

We know how it helps a runner but what about other benefits that may sway us to give it a try?  Well beta alanine has a few health benefits worth considering.

Carnosine has been show to have anti aging properties as well as to be immune boosting in research done on animals which proves promising for us humans (9).

Carnosine prevents modification in the function and structure of protein in the body, which gives it anti-aginh properties.

Carnosine has been shown to neutralize free radicals (10) and reduce oxidative stress on the body (11).

Dosage and How To Take It

I did a bit of reading on this and generally you should take 2-5 grams daily.  There was also the suggestion of taking 2g and working up.  This is the approach I took.  I built up to 4g pretty much daily.  There was the odd day I forgot but generally I have been pretty consistent.

The most common side effect is paraesthesia which is a tingling of the skin.  This is definitely something I experienced particularly around the lips (I assumed because they touched them while drinking it).  I felt it mildly and it disappeared very quickly after consuming.

The intensity of this tingling usually increases with dosage but because of the approach I took - building up - I didn't find it got worse.

There is no evidence that suggests this tingling is harmful.

Apart from that there are no other side effects.

A side effect I experienced which isn't in the literature...

I had one weird side effect when first taking beta alanine and when increasing dosage.  My chest would feel overwhelmed while exercising - like I was about to hyper-ventilate.  This only happened a few times though.  It was a weird sensation but didn't stop me doing what I was doing.

​My 90 Day Trial Taking Beta Alanine As A Runner

So I have been taking beta alanine for 90 days now. I didn't take anything else.  i took my 2-4g half an hour before each run, including some races.

For me I felt a benefit from the first time of taking it.

Harder runs felt "easier" and when I say easier they felt comparatively easier; they were still hard.  I felt like I could run at a tougher pace for longer too.

Of course this could be a placebo effect but one morning before a run I totally forgot to take it.  It was a bit early and I was faffing trying to get out the door.

While out I thought it felt really tough - tougher than usual - and then it clicked I hadn't taken my beta alanine beforehand.  There was a definite difference in effort compared to my subsequent runs and although I could have just been having a bad morning and it could be a complete coincidence I hadn't taken the beta alanine; I believe it wasn't a coincidence.

While I found beta alanine beneficial for training, I didn't think it had a significant impact on my races.

I did a fair few races (mostly 10ks) and don't feel taking beta alanine helped improve my times.  I base this on my experience, my previous times and my training.

Having said that, my recent races have been in the heat and I have performed better in the heat than expected.

I usually don't do so well.  So this could be something the beta alanine has potentially helped with because it feels "easier".

However overall, I can't see any difference in my racing performance as a result of it.  Of course though, the fact that I feel it makes my training easier, is probably going to contribute to my racing times over the long term.

Also I only really raced 10ks and it would be interesting to see if it had any impact on shorter distances like 3k or 5k (which are the shortest I like to race).

I also noticed that I had improved recovery from training.

Whereas before it would take me a few days to recover from a hard training session, I found I felt pretty good the next day.

This is a pretty miraculous thing to happen to me.  I am not like others who can go out and bang out a hard workout after a hard workout - I need more time to recover.

I have to be quite careful too not to overdo it as it can cause me to have an asthma issues.  So I have to walk a fine line.

One thing that I didn't experience was a reduction in body fat.  I don't feel my body composition has changed as a result of beta alanine.  I am quite slender anyway but do notice differences over the year.  I haven't noticed anything so far while taking beta alanine.

I feel beta alanine has been helpful as a pre workout supplement and I will continue to take it but probably only will before hard workout sessions where I need the extra help or where I am feeling tired.

I will probably try a period of time without it so see if it really did make any difference.  When I do I will update this article.

Have you taken beta alanine?  How did you get along with it?  Do you still take it?